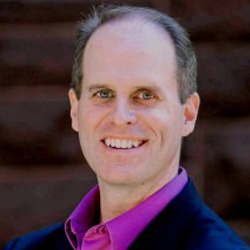 Jack Anthony Pott is a highly respected soloist, voice teacher, clinician, and conductor throughout Connecticut. He has been a featured tenor soloist with many ensembles in Connecticut, including the Hartford Symphony Orchestra, New Haven Symphony Orchestra, CONCORA, Voce, Inc., Hartford Chorale, Greater Middletown Chorale, Con Brio, and the Mystic River Chorale. Mr. Pott has soloed in numerous performances of Handel’s Messiah, as well as Bach’s Mass in B Minor, St. Matthew Passion, St. John Passion, Magnificat, various Cantatas, and as the Evangelist in the St. Matthew Passion and Christmas Oratorio.

In April, 2013, he sang the role of Dr. John K. Meneely in the world premiere of the dramatic oratorio, Letter from Italy, 1944, and was featured in a 2015 Emmy-winning documentary of the same. He reprised that role in May 2017 with the Hartford Symphony Orchestra at The Bushnell. Additionally, he is a featured soloist on albums of the music of Morten Lauridsen and Paul Mealor, by the Hartford-based professional choir, Voce, for which he serves as Principal Tenor.

Having been a member of the voice faculty for both Central Connecticut State University and the Hartt School Community Division, Mr. Pott now teaches privately. Equally comfortable on the other side of the podium, he has conducted the CMEA Northern Region HS Choir, as well as other high school choral festivals throughout Connecticut. He is currently the Director of Music & Arts at Asylum Hill Congregational Church in Hartford, and since 2013, the Assistant Music Director for the Hartford Chorale.

He holds a bachelor of music degree in vocal performance from The University of Michigan, and also did graduate studies in choral conducting and voice performance at the University of Connecticut. Mr. Pott resides in South Windsor, CT, with his wife and two children.